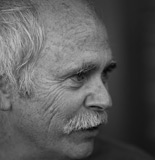 Born in California, Richard graduated from the College of Creative Studies of the University of California. He received his PhD in Molecular, Cellular & Developmental Biology at the University of Colorado, followed by an NIH fellowship in Cambridge where he conducted the world’s first field release of a transgenic food crop. After working with the FAO of the United Nations as Senior Molecular Biologist he founded Cambia in Canberra, Australia in 1991. Richard has worked and taught extensively worldwide. He has been profiled in media including The Economist, Newsweek, Nature Biotechnology, Science, New Scientist, Wired, and Red Herring. Cambia’s work has recently featured in cover editorials in many major life sciences journals. In 2009, with funding from the Bill & Melinda Gates Foundation, Richard became Professor of Science, Technology & Law at the Queensland University of Technology, and Founding Director of the Initiative for Open Innovation (IOI). In 2010 he was awarded the inaugural CSPO Prize Medal by the Consortium for Science, Policy and Outcomes (CSPO).