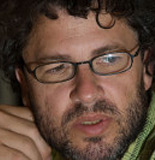 Dr. Wray Buntine joined NICTA in Canberra Australia in April 2007. He was previously of University of Helsinki and HIIT from 2002, where he conceived and coordinated the EU STREP project ALVIS, for semantic search engines. He was previously at NASA Ames Research Center, UC Berkeley, and Google, and he is known for his theoretical and applied work in document and text analysis, data mining and machine learning, and probabilistic methods. He is currently Principal Researcher working on applying probabilistic and non-parametric methods to tasks such as text analysis. In 2009 he was programme co-chair of ECMLPKDD in Bled, Slovenia, organised the PASCAL2 Summer School on Machine Learning in Singapore in 2011, and was programme co-chair of ACML in Singapore in 2012. He reviews for conferences such as ECIR, SIGIR, ECML-PKDD, WWW, ICML, UAI, and KDD, and is on the editorial board of Data Mining and Knowledge Discovery.