“A virus knows no borders. Climate knows no borders. Solutions to these crises require a new type of collective action to innovate beyond borders and beyond barriers,” said Kate Wilson, Executive Director for Climate Change and Sustainability for the NSW Government and Co-Founder and Chair of The Lens’ Board.

“In spite of the extraordinary progress of science, it cannot solve these problems alone. Science must be integrated and coordinated with diverse capabilities, including those of government, business, and civil society, in all countries and regions, to have a better chance at finding solutions,” said Richard Jefferson, Founder and CEO of The Lens. “The world needs informed actors, aligned and coordinated capabilities; no one must be left out.”

Today The Lens, an Australian-based non-profit and world leader in providing free and open innovation knowledge, announced the Collective Action Project (CAP), a multi-year initiative to equip individuals and institutions with the tools to contribute to shared solutions to these crises. Now, all scientists, investors, publishers, governments, businesses, and civil society can navigate open global research and patent information from over 134 million patent records linked with data from over 236 million research publications and 393 million biological sequences from patents.

The Collective Action Project was developed in consultation with leadership at the World Health Organization, World Intellectual Property Organization, Coalition for Epidemic Preparedness Innovations, World Trade Organization, The United Nations Environment Program, the Office of the Principal Scientific Advisor of India, policy makers, publishers, and scientists and librarians at leading Universities, including MIT.

This means the rich countries are paying way too much to find and understand the state of play, and poorer countries, representing almost 80% of the population, cannot access these tools and knowledge at all.

What are the key barriers to progress? Jurassic business models.

The ability to discover, measure, map and analyze research and patent knowledge worldwide is big business, estimated at well over US$1.5 billion a year, much of it paid by universities and public institutions. But the real costs are vastly greater: much of the world is excluded from contributing and countless opportunities are lost.

“The big corporations that sell this knowledge use closed and siloed data that can’t be shared, making it difficult to build on each other's work or make informed decisions - the very foundation of how we’ve come so far as a species,” said Mark Garlinghouse, Director of Business Development at The Lens. 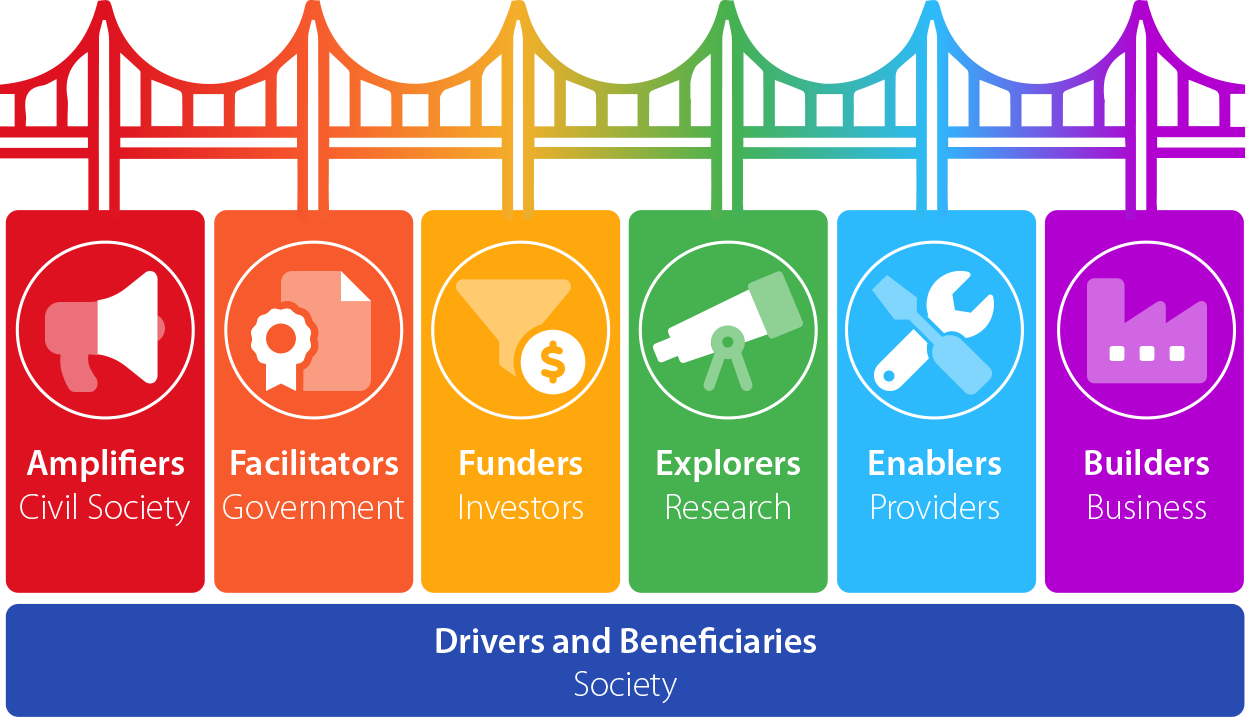 “The siloing of knowledge between academia, business, government and civil society constrains the public sector. Until we bridge these sectors and coordinate their capabilities, public investment for valuable outcomes may continue to be hit and miss, slowing delivery of essential change,” said Wilson.

What can Lens CAP do for us now?

The Lens builds these bridges to enable mapping of innovation trajectories. Lens’s International Industry and Innovation Mapping facility, In4M - pioneered in 2017 - shows how academia and business influence each other, and how government funding flows can create products by linkages between these actors.

The Collective Action Project is guided by the Lens Equitable Access Program (LEAP). The Program charts a pathway towards community-supported autonomous financing of The Lens, to keep it inclusive, growing, open and comprehensive.

Under LEAP, every person in the world can use the platform anonymously for free with powerful analytic tools, and access to all the data. Any registered user can benefit from personalized workspaces and customized features - at no cost for personal public-good users, or for a modest cost for commercial use. Furthermore any institution worldwide that needs or wants suites of powerful management and exploration tools in our Institutional Toolkit will have access based on low, fair, tiered pricing. All fees go towards keeping knowledge universally available as a community-supported public-good. “We announce here that we are offering at no cost these Institutional Toolkits to all public-good institutions across much of the Global South - almost 130 countries - including universities, libraries, government agencies, NGOs and civil society,” said Richard Jefferson.

“There should be democracy in the opportunity which we give to everyone. Even if you come from an extremely resource constrained environment, you should be able to have access to the tools, the teaching, the resources which allow you to innovate. And that's actually not unfeasible. It's possible,” says K. VijayRaghavan, Principal Scientific Advisor to the Government of India.

“For 15 years running South Africa’s CSIR - Africa’s largest science and innovation institution - it was clear that the lack of integrated science and IP knowledge was a huge impediment to African innovation. The Lens is a unique opportunity to change this inequity and galvanise Africa’s creative contributions to the crises we face together,” said Sibusiso Sibisi, former CEO of CSIR and Lens Board Member.

“It's ironic: the largest untapped source of innovation knowledge is hidden in plain sight, the patent system,” said Tony Taubman, Director of IP for the World Trade Organization and Lens Board Member.

“The knowledge in the patent system was supposed to be a resource for the public, but can only be so when there is transparency in both meaning of the disclosure and an understanding of the limited rights. The moment a patent is published the knowledge is in the global public domain,” added Maximiliano Santa Cruz, former Director of the Chilean Patent Office and Lens Board Member.

Active granted patents by jurisdiction. Almost all the world's patents are being fought over only in the rich industrialised world.

The surprisingly convenient truth is that the vast majority of patents confer no rights over the majority of the world’s people and institutions.

Of the nearly 14 million granted patents that are currently 'in force', almost 99% of them have rights in fewer than 20 countries. Fewer than 1% of patents have rights in any country across the Global South.

“A war of attrition is being fought by corporations in the richest countries, whilst nearly all patents have no legal rights in more than 150 other countries. It's a smörgåsbord for innovation and enterprise,” explained Jefferson.

WHO thinks this is worth doing?

Speaking in support of the initiative and its objectives, the World Health Organization (WHO) Chief Scientist, Soumya Swaminathan said, “The mission of The Lens is to democratise science, to democratise knowledge and make it as easy as possible for academics, researchers and entrepreneurs in all parts of the world to have access to the tools that they need to make the innovations that are relevant and necessary for the areas they live in.”

Mitchell Baker, Chair and CEO of Mozilla Foundation added, “Equitable access to knowledge has massive potential for the innovative capacity of the world.”

Jane Halton, Chair, Coalition for Epidemic Preparedness Innovations (CEPI) concluded, “Universal access is the key that unlocks human potential. It is the way that we enable people around the world to participate, to contribute and ultimately to us all benefiting.”

Read more about the Collective Action Project and watch an accompanying launch video.

The Lens is a world leader in providing free and open discovery and analysis of worldwide patents and research knowledge, serving 236M+ scholarly work records, 134M+ patent documents from over 100 countries, and 393M+ biological sequences extracted from patents. The Lens has been operating for over twenty years as a project of the long-established non-profit social enterprise Cambia (doing business as The Lens), with support from leading global philanthropies and public institutions.

For more information about the logic of The Lens, please see a keynote presentation from Richard Jefferson at the Skoll World Forum for Social Entrepreneurship.